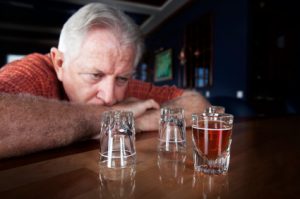 Although, it may not be easy recognizing or diagnosing substance abuse among the older ones due to a lot of reasons such as isolation or even mistaking substance abuse problem as a condition of ageism. People hesitate to deprive elderly individuals or patient from substances from the fear of causing harm or negatively causing detriment to their quality of life. As people become old, psychological changes occur in the body making individuals to become easily susceptible and less lenient with the effects of drugs.

The first stage in the treatment process of substance abuse among the older ones is identifying or recognizing the substance abused by the older individual if it is drugs or alcohol. Often times, an intervention may involve the need of a medical personnel. This is important in order to enable the patient see the need for, and to freely undergo a treatment process. One way by this can be done is to painstakingly plan meetings with the loved ones of such affected older patient. Also, counselling and enlightenment can help the older individual gain the necessary inspiration to seek medical intervention.

Age specific addiction treatment programs exist which provides facilities to offer care options to people of the same age bracket. Younger people for example, have specific issues and solution plans, like the older ones too. It is effective to group people of the same age bracket together in order to provide treatment programs for different age-groups.

There are medical interventions to safely remove substance from the body systems of individuals who are dependent on them. There is an important need for the medical personnel to know all other medications used by the older patient in order to avoid any form of negative interactions which may dangerously lead to adverse after effect which can even include the loss of life. Therefore, there is an immense need for proper evaluation of the medical conditions faced by the patient before administering medications.

Substance abuse and its effect does not care whether one is young or old. It has an even opportunity to cause havoc to the lives of both young and old. Any individual no matter the age, is vulnerable to the consequences of abusing substances such as drugs and alcohol. Addiction to any drugs can result in significant physical and mental health problems regardless of their age.

Risk of psychological issues resulting from abuse of a substance can have an adverse effect on any user. Therefore, while it is possible for anyone to be victimized of substance abuse, it is more likely that the lot of some, such as children of addicts or adults would be diagnosed with depression.

Substance abuse or addiction like any disease varies from person to person whether young or old, on its effects and symptoms. There is no subjective factor that determines whether a person can become addicted or not. While substance abuse has a lot of effect, one of the prevalent risks is dependence on the substance.

For instance, like adults, younger ones know that drugs and alcohol can provide temporary relief from pain, lack of concentration, lack of interest or anxiety and so they are eager to use this substances for self-medication and in the process they end up abusing it. Similarly, the case of young people growing up with adults who abuse drugs tend to emulate them, and are also susceptible to the effects that come along with it.

Furthermore, it is important to attribute responses to substance abuse to an individual’s attitude or behaviors. People have different tolerance for risks such that, while one individual has the nerve to keep engaging in the abuse of the substance after the first trial, the other individual would deem it fit not to continue. It is much likely dependent on the individual to control the extent of addiction to a particular substance.

Substance abuse occurs when you take drugs that are not legal or you use drugs without taking into consideration the relevant drug prescription that is needed for the use of such drug. There is a wide range of difference between substance abuse and substance addiction, people often refer to them as the same, probably due to the fact that one is capable of leading to the other.

Substance abuse is a mere inappropriate use of substance as dictated and prescribes by the relevant regulatory bodies. However, substance addiction on the other hand, is a brain disorder that propels compulsive and persistent improper usage of drugs, despite the adverse effect or consequences that are capable of arising from it.

MOST ABUSED DRUGS: CAUSES AND TREATMENT

People who engage in substance abuse purposefully or ignorantly, do find it not too difficult to quit and return to their normal lives. However, substance addiction on the other hand, does not go the same way.

The problem of substance addiction is quite difficult to break free from in comparison to that of substance abuse. For kids and teenagers, drugs like alcohol, pain killers, antibiotics and the likes are some of the substances that could be commonly abused due to the kind of home (family background), the kind of friends (peer group influence), and lastly the norms and values of the environment (societal influence).

In treating substance abuse, what prompted it is very important, because it helps the therapist in figuring out the best and easiest way for you to get out of it. Some substance abuse and their remedies are:

1. Alcohol: the measure at which alcohol reacts in different people vary. However, excessive intake could be dangerous and may lead to adverse physical and mental health conditions, depending on the capacity of the person. Alcohol offers stress ease and gives temporary pleasure which could also be derived from other activities other than alcohol that is capable of causing liver disease. The consequence is a good reason to abstain from it, since it is not yet an addiction.

2. OTC medicine: over-the-counter medicine are drugs that are used without a doctor’s prescription. It could be as dangerous as taking illegal drugs, because when drugs are not purchased with prescription from a medical practitioner, overdose, taking drugs that are meant for other people, and unnecessary use of drug for non-medical purposes are inevitable. Drugs like pain relievers, antibiotics, cough syrups are likely to be abused by kids and teenager and which is capable of making them intoxicated and hyperactive. To prevent these for kids and teenagers, get a prescription for every drug.

Abuse of drugs particularly among older adults is becoming on the rise and as such, recognizing drug problems in adults is very critical. The dynamic physical and common changes that accompany getting old makes the adults susceptible to drugs and the problems that are related to it. For example, the loss of loved ones such as children and relatives, depression that comes from retirement especially with financial issues may cause the adult to seek self-medication by using illicit drugs to cure their anxiety or despair.

Similarly, the consequence of substance abuse may be related to health associated problems and medications, hence, there is a need to be properly aware of the forms of substance abuse among older adults and be conscious of the possibility that physical problems such as accidents may originate from the excessive abuse of drugs and other substances. Inappropriate use of substance may range from using higher doses for longer periods of time due to the intense need to solve a particular health condition, using the medications for frivolous means such as for their mood fluctuating effect.

Although, illicit drug abuse is less common among older adult than the younger ones, substance abuse poses a serious risk to the lives of the older ones particularly when the use is very excessive. Due to the process of ageing, older adults are exposed to psychological changes and the beginning of a number of health issues. Also, they may not be able to absorb and process drugs as effective as younger adults, and thereby placing them on an increased threat of overdose or abuse of a particular drug.

Adults are at a more alarming rate of experiencing conditions such as chronic pain, sleeplessness or insomnia and mental health problems such as anxiety or nervousness. Therefore because of this, prescription drugs such as narcotics are usually given to older patients in increasingly high numbers. Due to this exposure to such drugs, there is a high tendency of abuse and a risk of developing problems and later become addict to such drugs.

It is important to know that substance abuse in older adults could be classified as a hidden problem, because sometimes, symptoms derived from the abuse could be related to their ageing conditions. Likewise, many adults are isolated from family members and friends and they are no longer people engaged in their normal day to day lives. Also, several health conditions that is common amongst older ones may cover the symptoms of addiction. 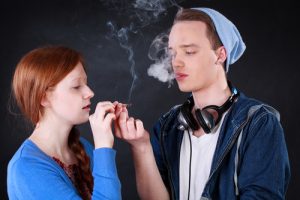 A drug is basically any substance which when injected, smoked, consumed, inhaled or absorbed through the mouth or any other parts of the body, is able to cause temporary psychological and physiological changes in the body, aside from food which gives the body nutritional support and enhances strength. It could further be explained in the pharmaceutical world, as a chemical combination or substance that causes biological changes in a living organism when administered.

HOW SUBSTANCE ABUSE CREEPS INTO THE LIVES OF ADOLESCENTS

Adolescents are young persons, who are also referred to as teenagers. The teenage period of a person’s life is the period when he or she desires freedom and exposure, which could be either of positive effect or negative effect. It could be positive, depending on three factors; the environment, peer group and family background where the person is, and it could be negative, also depending on those three factors.

Benefits from the exposure may include, access to better opportunities, meeting good friends, improved mental and physical capacity and so on. On the other hand, one prominent negativity that adolescents are prone to getting exposed to, due to the freedom and exposure granted, is substance abuse.

Tobacco, marijuana, alcohol, and other substances are the most likely drugs that could be abused by adolescents. One could make use of these drugs without abusing them, the abuse comes into play when it is illegally purchased, used without adequate prescription and illegally used. Substance abuse could have dangerous consequences of not quickly controlled or corrected. Some of such consequences are:

3. Compulsion to maintain a persistent use of the drug (i.e. substance addiction)

4. Financial crises arising from excessive spending on drugs which is capable of leading to theft, forgery and fraudulent practices.

5. Social and mental impairment: Social issues could arise when improper usage of the drug leads to mental disorders.

Some people take drugs for recreational reasons, to enhance strength and give energy boost. For such purposes, there are standard prescriptions that are to be followed to abstain from substance abuse.