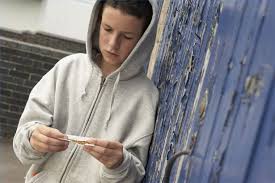 Substance abuse and its effect does not care whether one is young or old. It has an even opportunity to cause havoc to the lives of both young and old. Any individual no matter the age, is vulnerable to the consequences of abusing substances such as drugs and alcohol. Addiction to any drugs can result in significant physical and mental health problems regardless of their age.

Risk of psychological issues resulting from abuse of a substance can have an adverse effect on any user. Therefore, while it is possible for anyone to be victimized of substance abuse, it is more likely that the lot of some, such as children of addicts or adults would be diagnosed with depression.

Substance abuse or addiction like any disease varies from person to person whether young or old, on its effects and symptoms. There is no subjective factor that determines whether a person can become addicted or not. While substance abuse has a lot of effect, one of the prevalent risks is dependence on the substance.

For instance, like adults, younger ones know that drugs and alcohol can provide temporary relief from pain, lack of concentration, lack of interest or anxiety and so they are eager to use this substances for self-medication and in the process they end up abusing it. Similarly, the case of young people growing up with adults who abuse drugs tend to emulate them, and are also susceptible to the effects that come along with it.

Furthermore, it is important to attribute responses to substance abuse to an individual’s attitude or behaviors. People have different tolerance for risks such that, while one individual has the nerve to keep engaging in the abuse of the substance after the first trial, the other individual would deem it fit not to continue. It is much likely dependent on the individual to control the extent of addiction to a particular substance.